The RACI model clearly lays out roles and responsibilities for any activity or group of activities.

Using RACI will identify functional areas when there are process ambiguities, bringing the differences out in the open and resolving them through a cross-functional collaborative effort.

It enables employees to actively participate in a focused and systematic discussion about the actions that must be accomplished in order to deliver a successful end product or service.

RACI is a tool to help us plan who does what and when.

Its purpose is to answer the following questions: 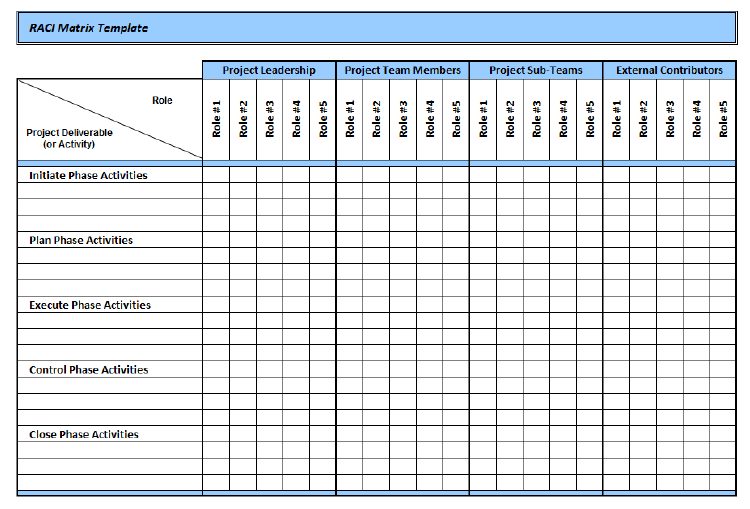 When Should I use the RACI model?

Projects that involve a variety of people and roles.

Example: Rollout of new process throughout the system.

Activity or event that will occur over time and needs to be tracked.

Benefits of Using the RACI Model 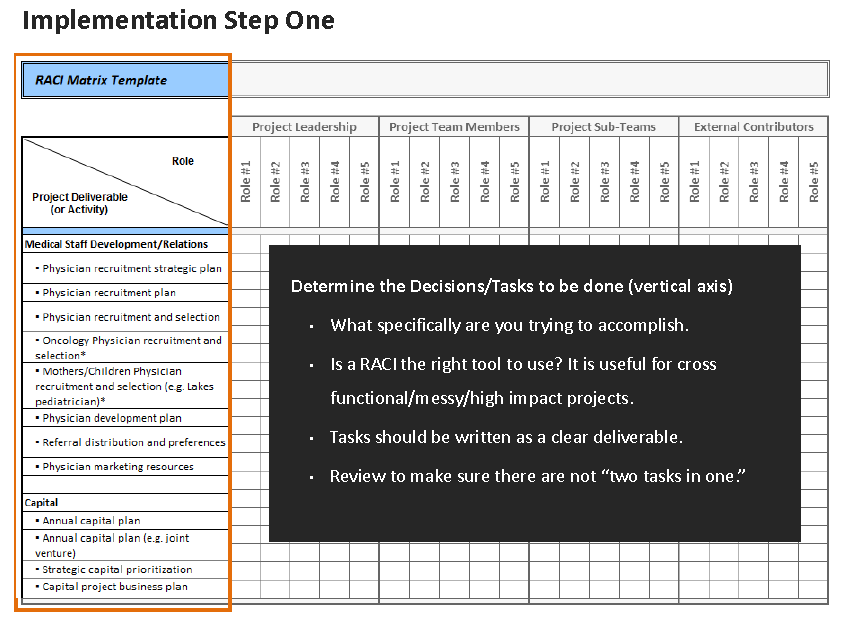 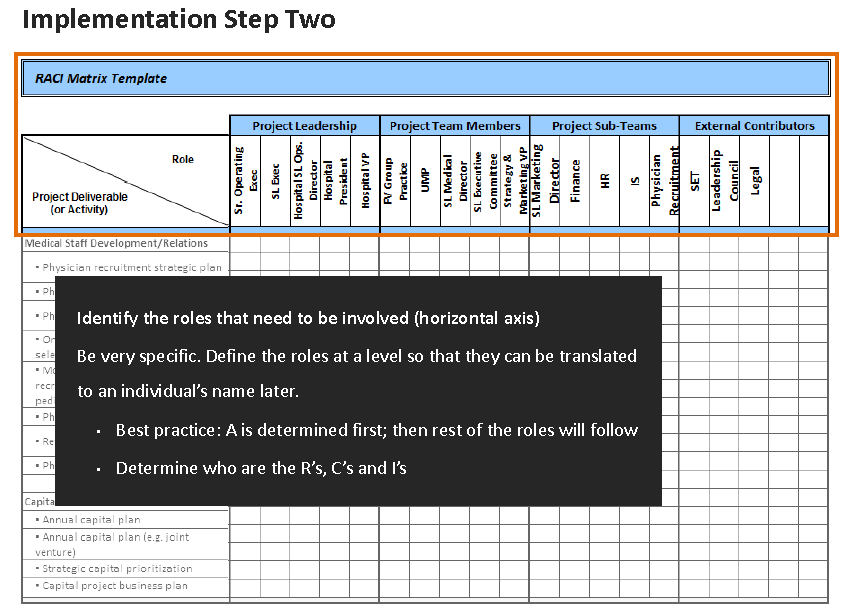 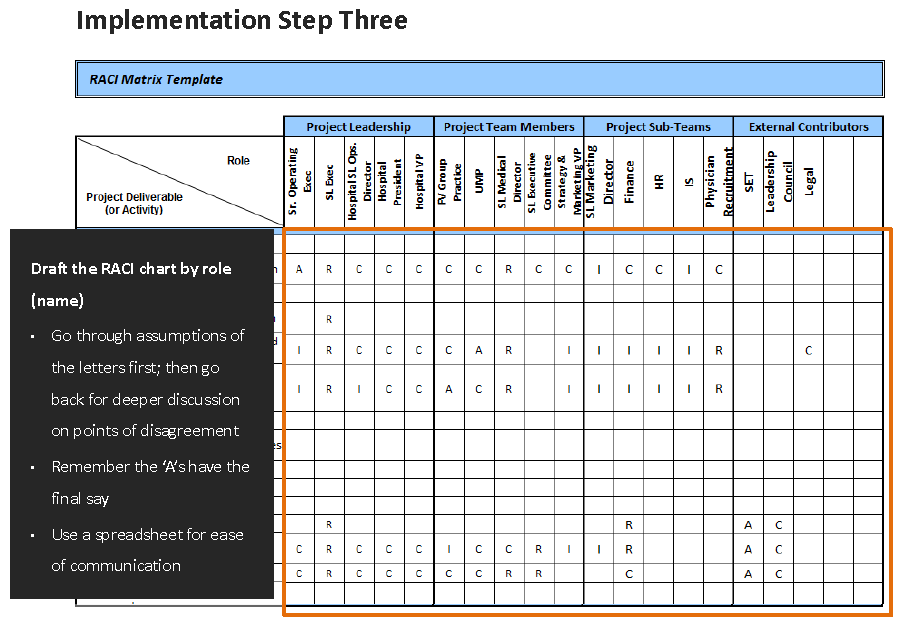 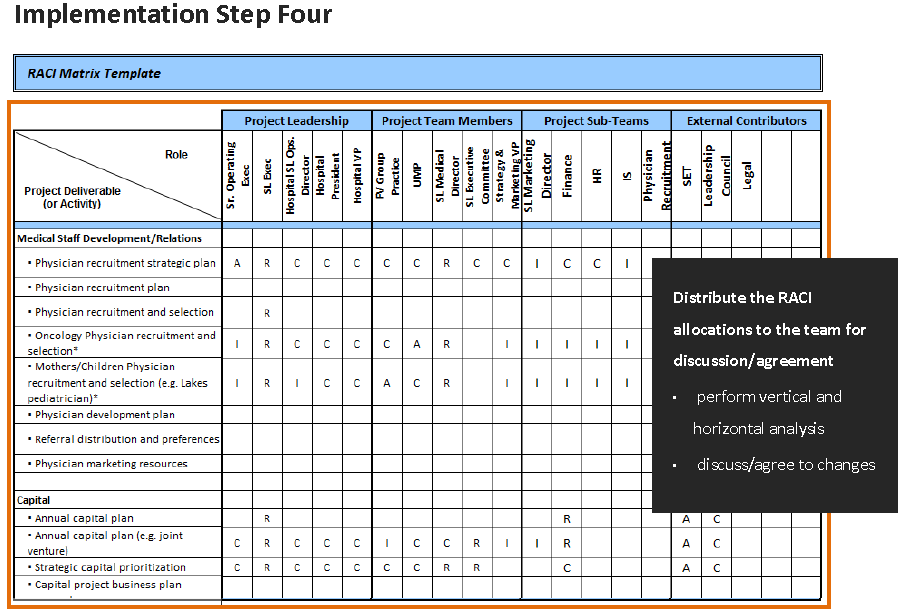 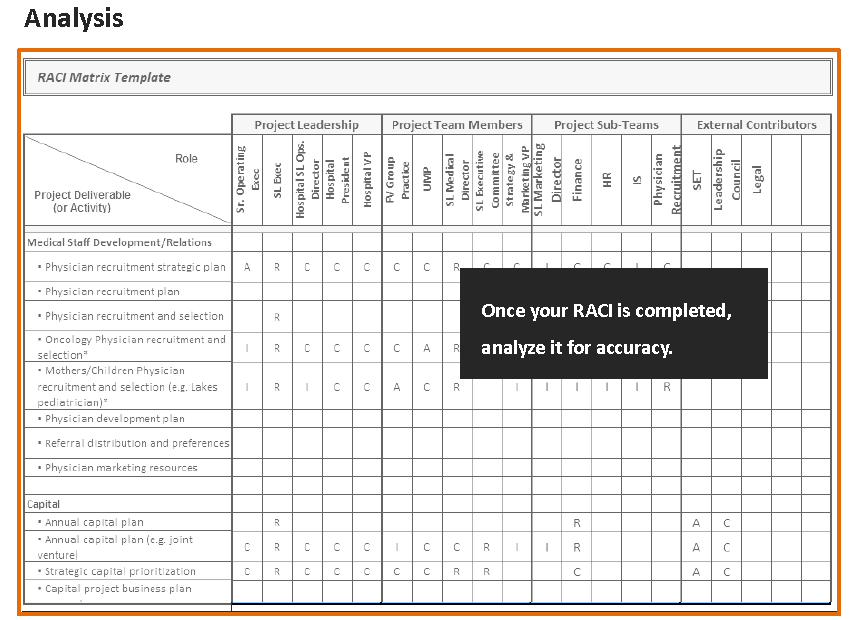 Someone has lots of R’s – Looks like someone is overloaded with work. Can you re-allocate the load?

There are no As and R’s – What’s this role’s involvement?

More than one A – Not allowed –see Rules

Too many R’s – Maybe there are too many people involved

Too many C’s – Could be a source of delay if everyone has to be consulted. Risky!

There are no R’s – Who’s doing the work?

When completed accurately, RACI will allow for easier project tracking. Team members will know who is doing what.

Keeping RACI updated on an on-going basis is imperative for efficiency.

RACI assignments can be changed by agreement at any point and additional tasks can be added as the project changes.

Was this article helpful to you? Yes No